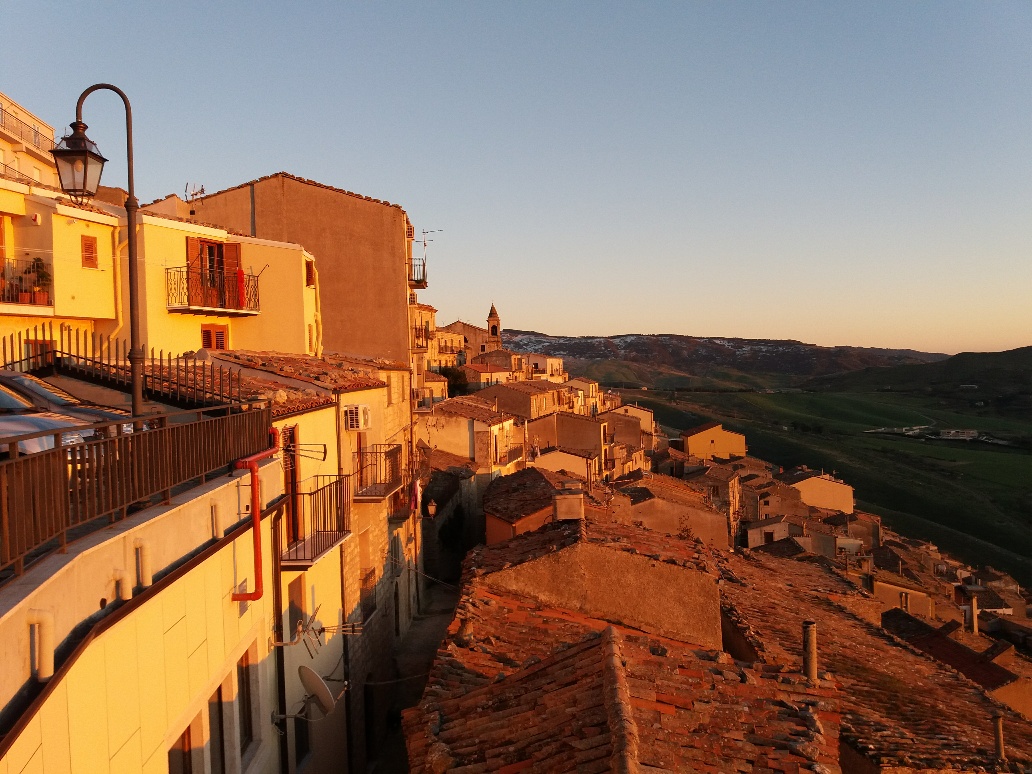 Voted the most beautiful village in Italy in 2014, Gangi doesn’t have a village feel. From the minute you start the long, convoluted climb to the top, you get a sense of size, if not space. When I think of villages, I think of populations in hundreds, not thousands. Imagine Gangi as a massive sandcastle, with a broad base gradually narrowing to the top as the roads wind around its core, Mount Barone. Like Scicli, it too was rebuilt. But unlike Scicli, it met its demise during a war in 1299, not an earthquake. The War of the Vespers.

Palermo. Easter Monday. 1282. A riot took place in a church at the hour of vespers. At the time Peter III of Arago was plotting against Charles I, then King of Naples and Sicily, but the people lost their patience. The locals, annoyed by the way Charles was running things, took insult at what some French soldiers said at vespers in the church of Santo Spirito. And they killed them. That night, Palermo rose up killing 2000 French inhabitants in the city. The revolt quickly spread throughout the island. In the war that followed, Gangi was razed.

Facing a declining population with little tax income to do the necessary renovations, the town elders decided that they would join the €1-house initiative. And they did. In 2014, for a while, this small Sicilian town was one of the most talked-about in the world. €1 for a house? Madness. But the euro was a token. In some villages, a downpayment of €5000 earnest money was required to show that you hadn’t made this decision on the back of a gallon of limoncello in the local taverna. And then the renovations would cost another €35 000 or thereabouts. I doubt there’s a delivery truck in the world who could navigate the streets of the old town. We had centimetres to spare in our rental and I was really glad we had full insurance. 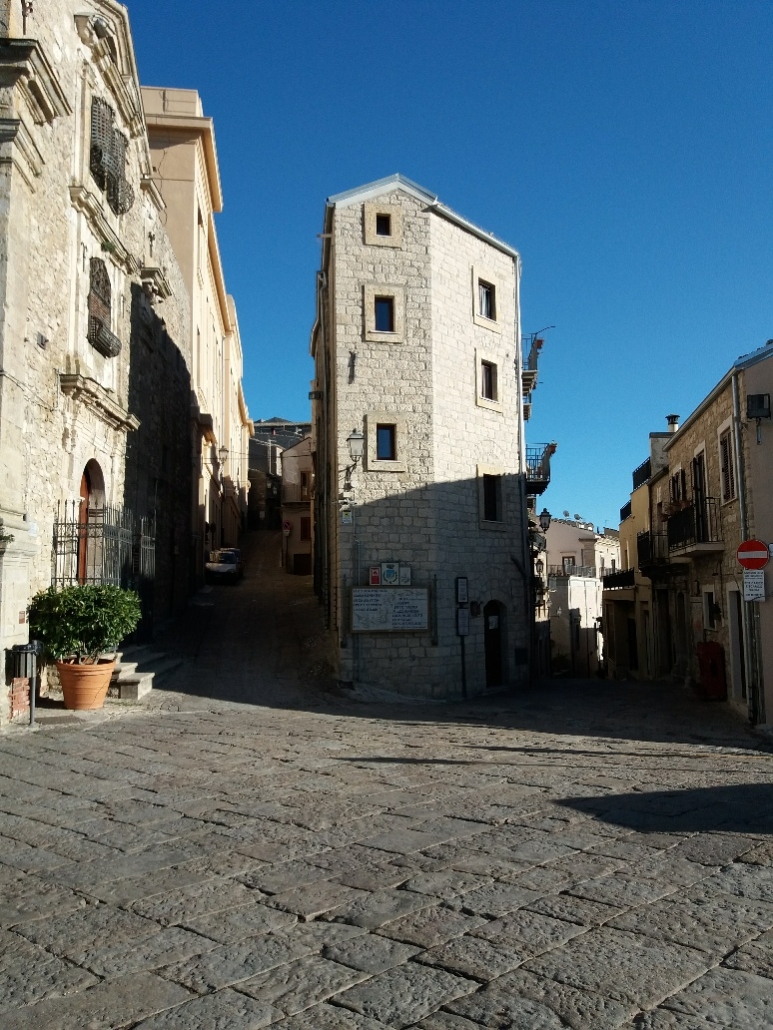 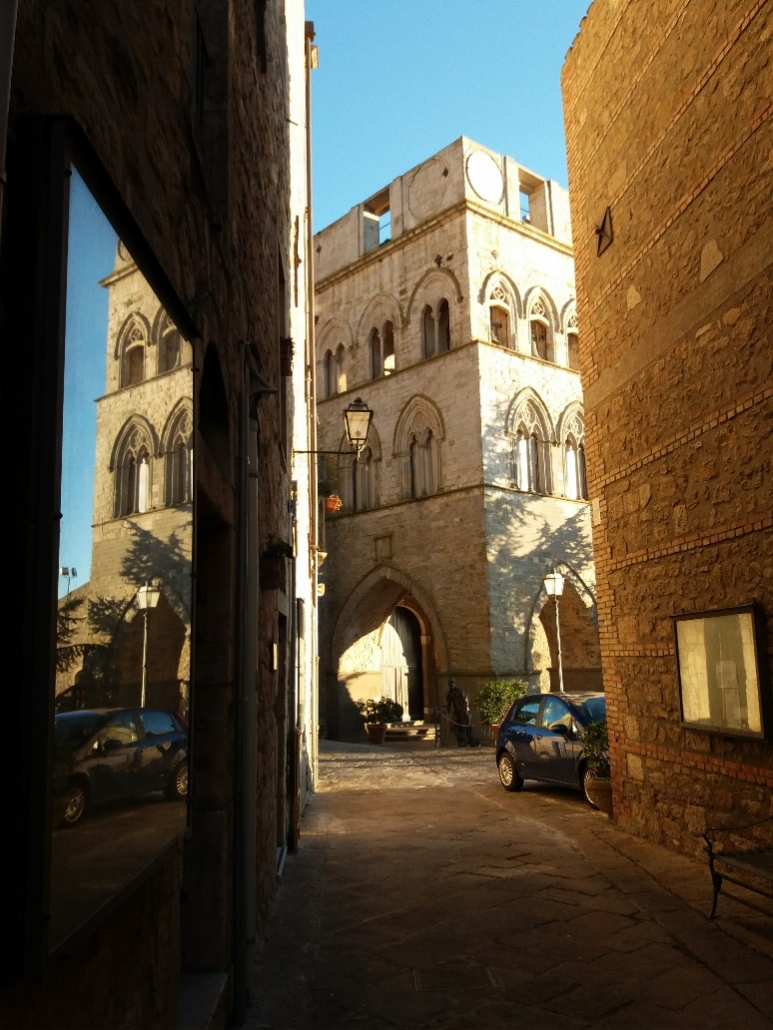 But once the car was parked and the cases lugged along the cobblestones to the guesthouse, we had time to enjoy the views. It felt a little like being on top of the world and I thanked the good Lord for not giving me vertigo. Having been to Scicli and reading about the great earthquake, I couldn’t help but wonder how safe I’d feel were I to live in Gangi. From the flat looking up and from the top looking down, it didn’t take much imagination to envision the entire place sliding down the hillside. But it’s been around for centuries and will likely last centuries more. 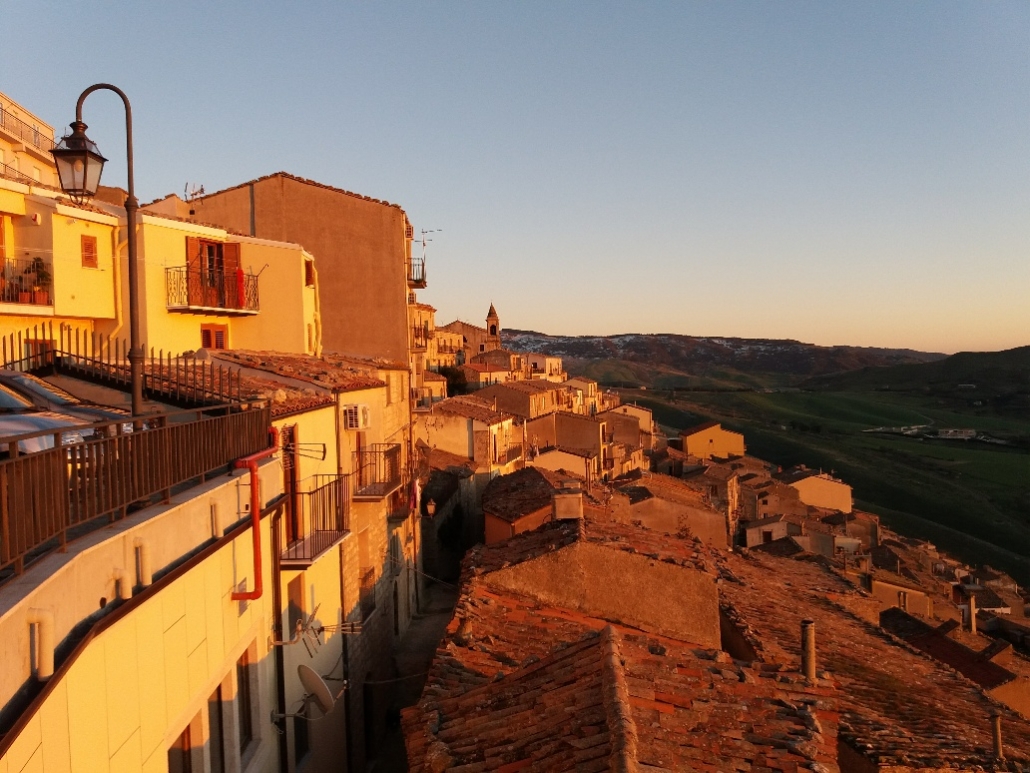 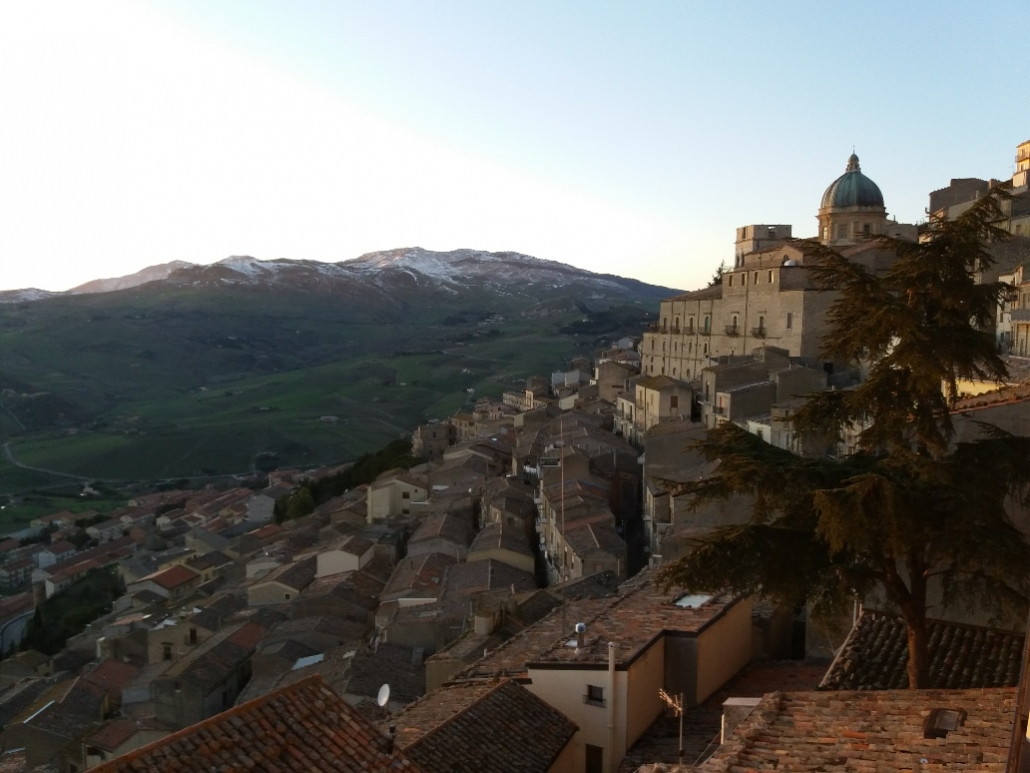 Paintings hang on the walls of buildings that line the streets, jostling for attention with the painted shoes and boots than hang outside front doors. Even our landlady has gotten in out the act. She started painting classes a few years back and is nearly running out of wall space in her four-story home. The town/village has a gallery feel to it all and I had to know more. 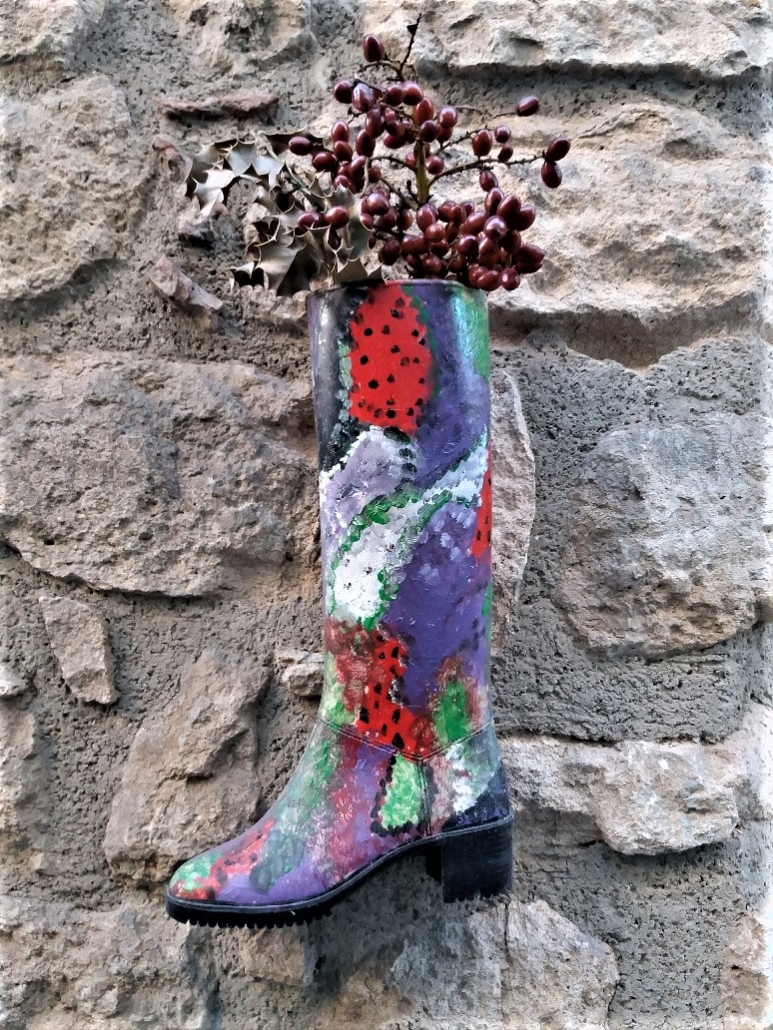 One of the town’s honorary citizens is the painter, Gianbecchina. His is a fascinating life story. He learned the basics of painting from painting old houses as a child. In the sixteenth century, the town was associated with painter Filippo Kersbel and in the nineteenth century, with Michelangelo Salvo. Giuseppe Fedele Vitale was another famous son. A priest and a doctor, Vitale went blind at the age of 38 but this didn’t prevent him from finishing La Sicily liberated, a poem that spanned five volumes and more than 30 000 verses, telling the story of the Norman warrior who freed the island from the Saracens. Sadly, the blindness came with mental issues that led to his suicide. He threw himself from a window in his home in Gangi in 1789. His is the only mummified body lying prostrate in the tomb of dead priests; the others are standing. Years later, the historian/poet Francesco Alaimo, also from Gangi, would write about him. Another distinguished Gangitani was Felice Balsamello, who invented the world’s first nautical ball.

[…] a submarine boat, which takes its name from the shape it has of a globe. Here is the most original point of the discovery. […] The ball can be made to rise to the surface of the water and sink to any depth, without fear of the pressure of the tens and hundreds of atmospheres; because a sphere resists everything, assumed a suitable homogeneity in the wall. […] Another advantage of the spherical shape in a submerged boat is the ease and speed of the maneuvers, including that of the power the boat turns on itself. […] In the meantime, the Nautical Ball with the first tests carried out in the port of Civitavecchia has shown how the seabed can be visited at ease, and far better than it is done by our divers.

He nearly died on the first test but was saved by a miracle. To his credit, he was an uneducated labourer albeit with the mind of an engineer. Other notables include Dr Salvatore Milletarì, a man so generous he could have died rich but instead gave away his money and died a pauper buried by the townspeople, many of them former patients. The sculptor Filippo Quattrocchi, born in Gangi in the 1700s, was well-known throughout the region, his chisel doing amazing things to wood and marble. He followed fellow Gangitani Andrea Bonanno, a sculptor in the 1600s whose signature can still be seen on columns in the churches today. 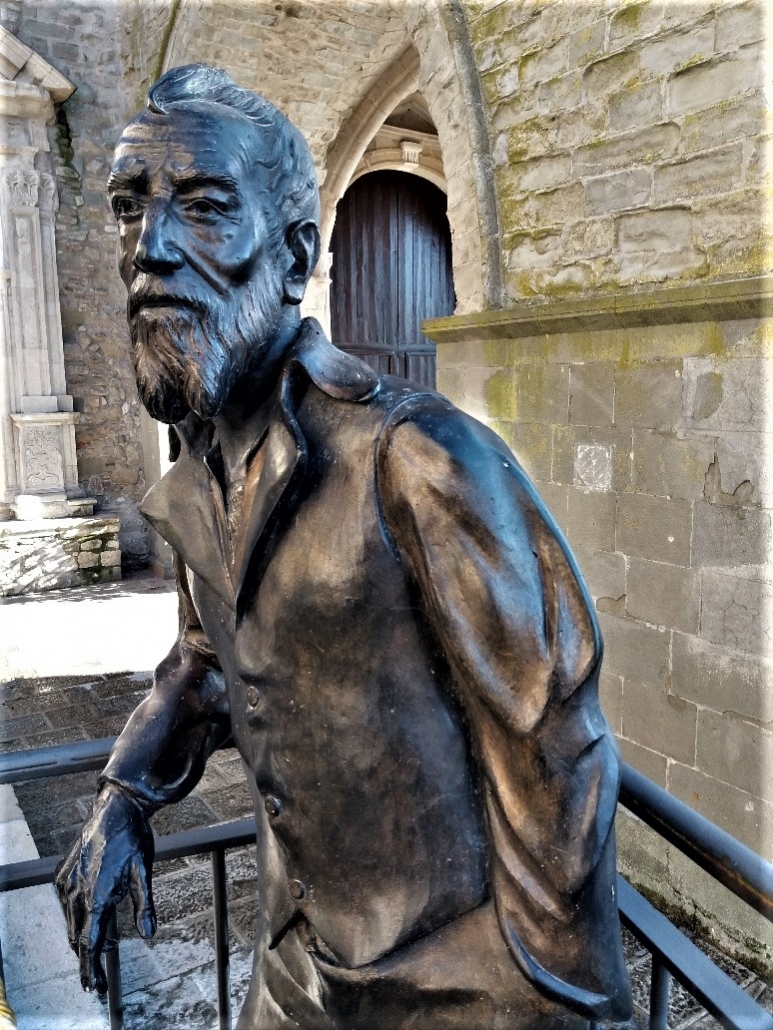 There’s a statute of Giuseppe Salerno, with a beautifully life-like face. Salerno was nicknamed the Zoppo di Gangi, the cripple of Gangi, presumably because he was lame. Some say he was but one of two Italian artists born locally to bear the nickname; the other was Gaspare Vazzano. Who knows. 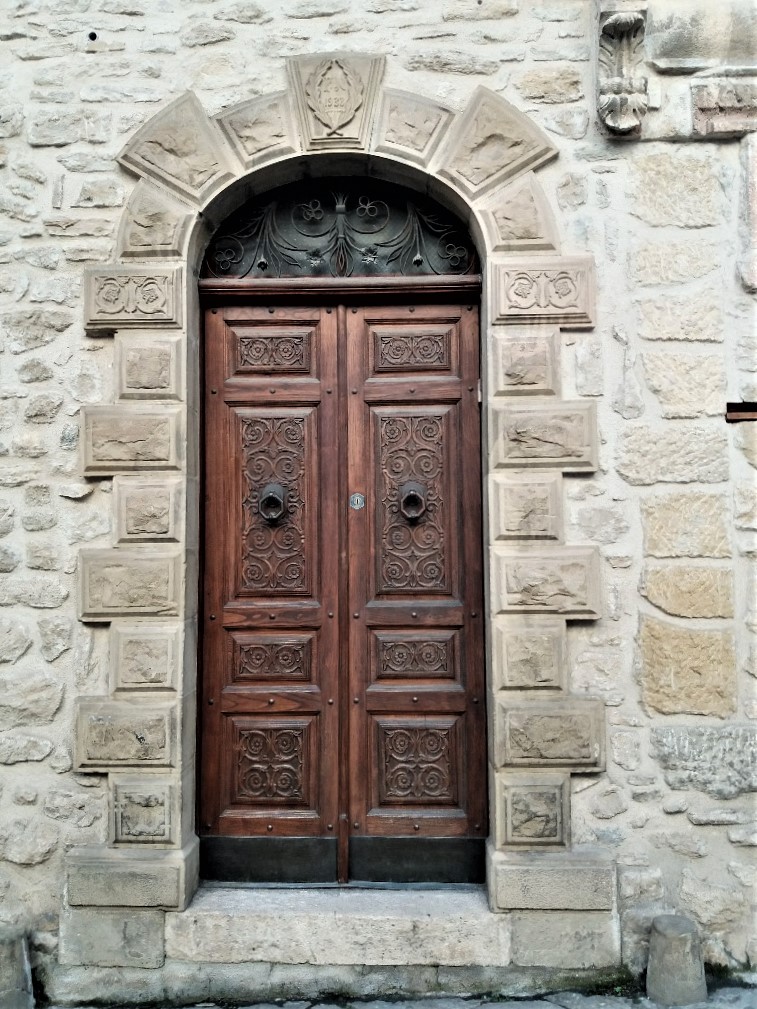 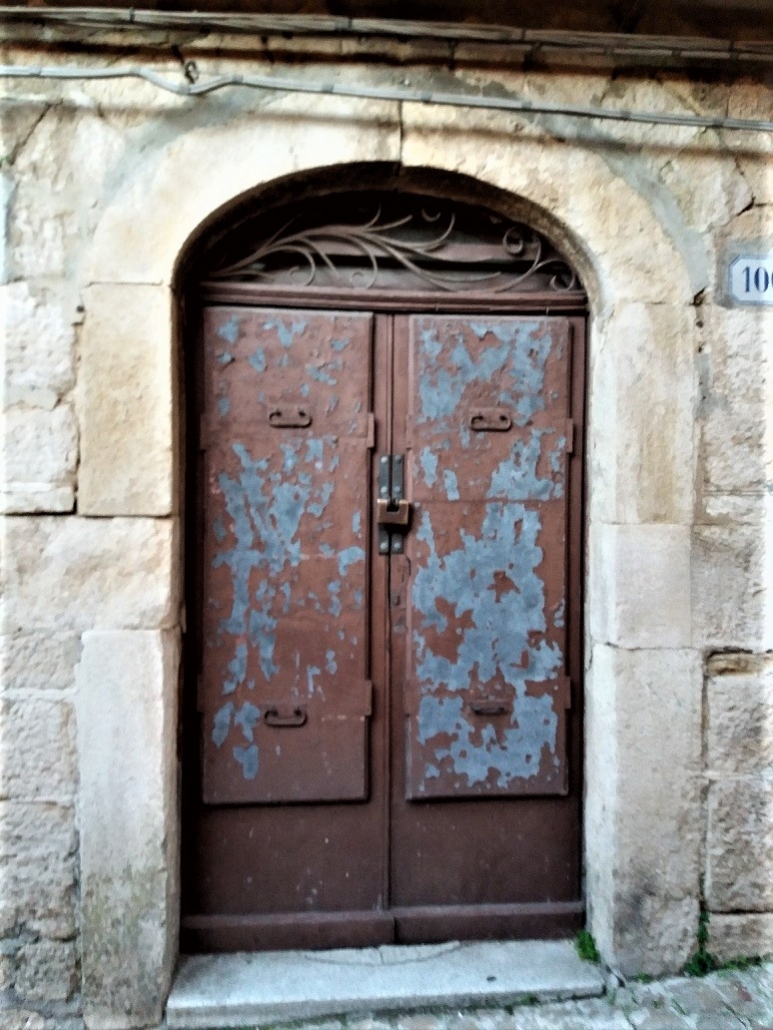 To think that this small Sicilian town was home to so many notables is quite something. But many of these names are known by those in the art world. They’re not household names, except, maybe for Gianbecchina, and he perhaps only in Italy. Of more fame, and better known, are the mafia. A small plaque high on the wall on the square outside the Cathedral erected in honour of victims of the mafia is what’s left as a memory of the famous retate (round-up) in the 1920s. 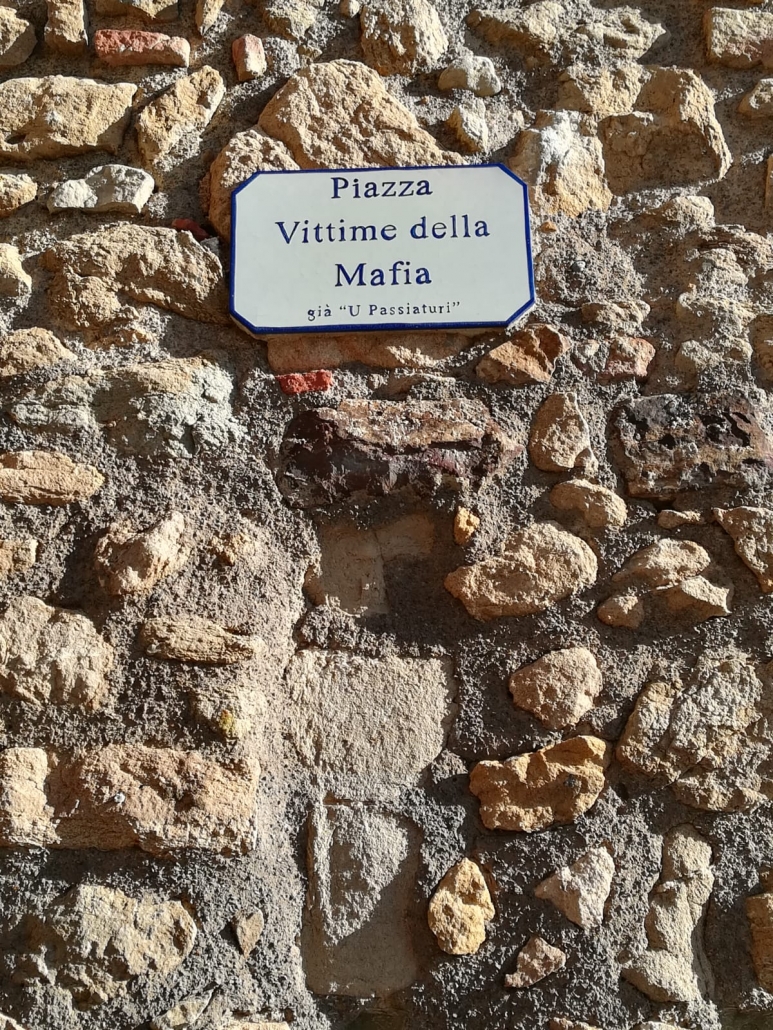 When Mussolini toured the island back in 1924, he got into a spat with a mafia head and small-town mayor, Don Cicco Cuccia. The Don had wondered why the PM needed armed escorts when the island was clearly under mafia control and him under mafia protection. Mussolini took umbrage. The pair had a row. And later, few would brave the wrath of the mafia to go hear the PM speak. A year later, Mussolini sent Cesare Mori to Sicily under orders to bring Sicily back in line with the rest of Italy and in doing so, to break the back of the mafia.

It was in Gangi that Mori had his first run-in with the boys. And it wasn’t pretty. Some credit Mori with inspiring the migration of the mafia from Sicily to New York . Oh, they’d come back later, when the Fascists had gone, but for a while there, Sicily was mafia-free. 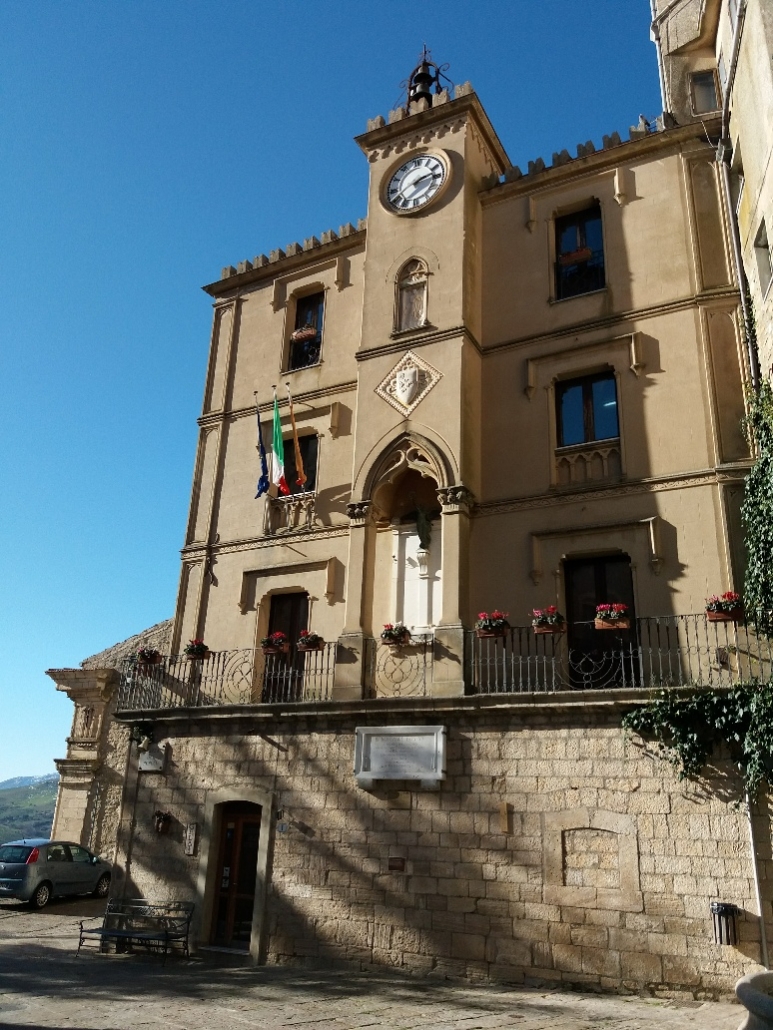 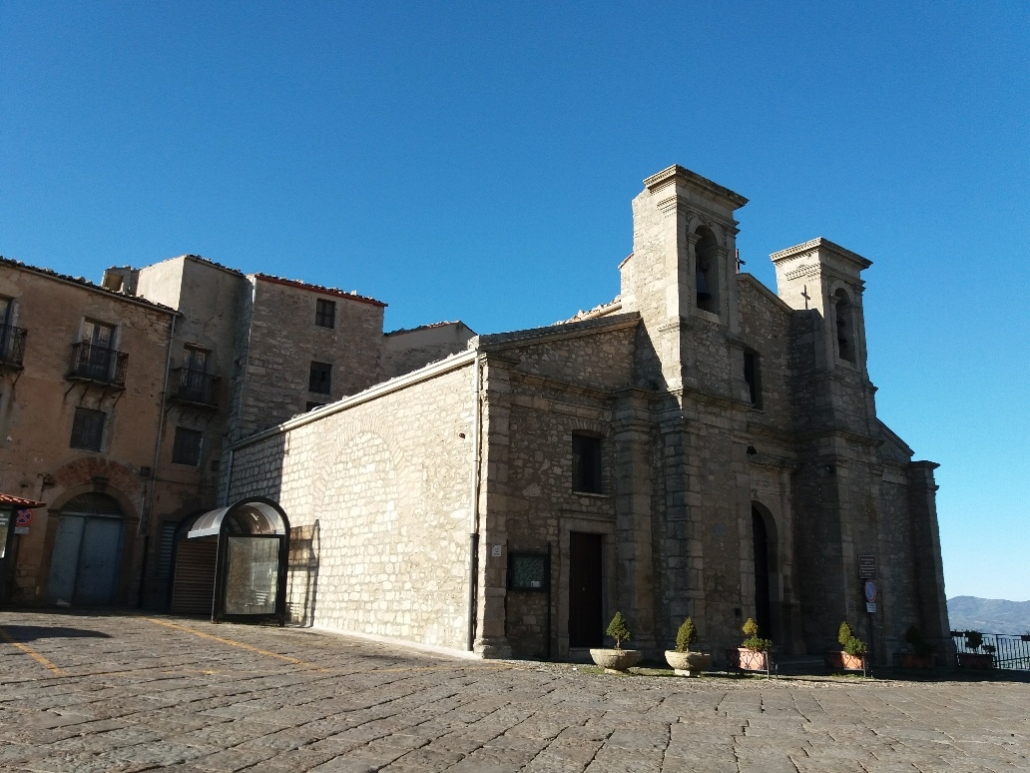 It’s towns like Gangi, with their people and their stories, that make travelling in Sicily so interesting. 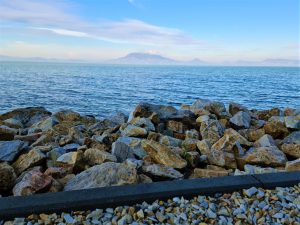 Travel has taken on a whole new meaning in the last twelve months or so. Thoughts of boarding a plane and visiting foreign climes have 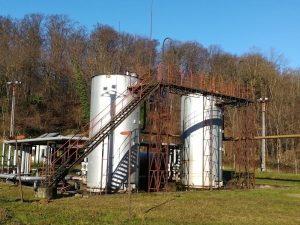 Bázakerettye: the Dallas of Hungary and so much more

Rumour has it that how you spend the first day of a new year is how you’ll spend the rest of that same year. To 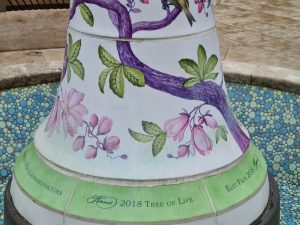 In the spring of 2016, József Nádor Tér made the news in Hungary. The square was being renovated in the name of urban planning. The 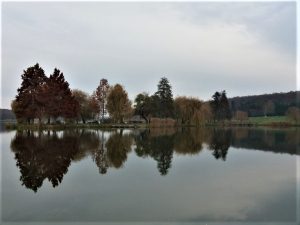